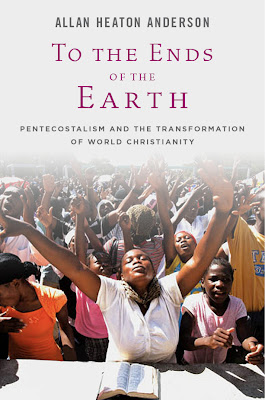 
From its beginnings, the widespread phenomenon of women with charismatic gifts throughout Pentecostalism resulted in a much higher proportion of women in ministry than in most other forms of Christianity. Leadership and participation were based on the fundamental pentecostal belief in the priesthood of all believers and the empowering and legitimizing experience of the Spirit that is available to all, irrespective of gender. Women were prominent because inspirational leadership was privileged over organizational leadership. Like men, women could exercise any spiritual gift, testify to their experiences, and witness through music, prophecy, song, and many other forms of participation in the services—and in most cases, they did so more than men did. The spiritual leadership of women in Pentecostalism accorded well with the prominence of women in many pre-Christian religious rituals in Africa and parts of Asia, contrasting again with the prevailing practice of older churches, which barred women from entering the ministry or even from taking any part in public worship. No observer of pentecostal activities will fail to notice that most of those involved are women, even though the leadership is often male. But in spite of all the practical involvement of women with personal charisma and authority in pentecostal churches, these churches were not yet ready to come to terms with the theological implications of women in ministry. There were loud, male, conservative voices in pentecostal denominations advocating restrictions.
Posted by Allan at 5:17 PM No comments: 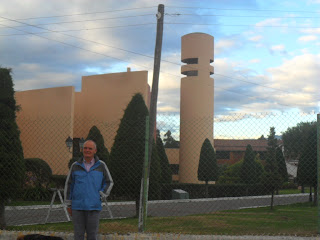 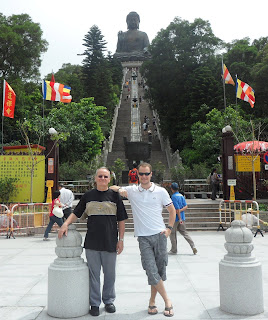 It is Christmas time and I do want to make contact with you as usual and bring you up to date. I am sitting in my flat in Harborne where I have been living for the past 18 months. I cycle to work most days and it only takes a few minutes to my office. Today is the degree congregation at the University and one of the rare occasions when I have to wear a suit (cap and gown too). I gave up being Head of School in April this year when I went on study leave to finish my book. I have not yet submitted the book to Oxford, but hope to do so before Christmas and am in the finishing stages. The book is now titled To the Ends of the Earth: Pentecostalism and the Transformation of World Christianity and for those for whom this is significant, it will be about 110,000 words, excluding endnotes and bibliographies!

I have also had to do more teaching than ever since coming to the UK in 1995. I am teaching and coordinator of a new first year BA class (sharing with three colleagues) Introduction to the History of Christianity. But as this is a compulsory module for our BA Theology and Religion students, the classes are huge and must be presented every year. There are 66 students in the class this year. Last term I also had to teach a second year class on Introduction to Pentecostalism, a new MA module on History of Evangelicalism and Pentecostalism, and I have also taught a few MA classes on Research Methods. I also have twelve PhD candidates to supervise. So this has been a busy term.

I have done a limited amount of travelling this year, including attending a Global Christian Forum meeting in Istanbul, Turkey in January; teaching at a college in Hong Kong in June; and the highlight of the year was probably my visit to Quito, Ecuador in September where I was privileged to teach for a week the first-ever class of doctoral students in a pentecostal seminary (Church of God) in Latin America. I have also had my annual lecture at the Ecumenical Institute, Bossey (near Geneva), Switzerland, this year in October.

In June Olwen was granted a ‘decree nisi’ to divorce. For many months now we have been waiting on solicitors and now a pensions actuary is working out how to equitably share my pensions. Olwen hopes to return to South Africa. Solicitors’ fees here are astronomical and the longer this process takes the more expensive it becomes. Olwen still lives in our old house and the economic slump means that the house price has dropped over the past two years and it will be difficult to make much profit from its sale when it is eventually sold. After the financial settlement has been reached we will receive the final ‘decree absolute’.

Both our ‘children’ are now in their twenties. Matt (25) is still in Daegu, South Korea where he has been teaching English since February 2010. He will finish this February, and after doing some more travelling in South East Asia for a month will return to Birmingham at the end of March. He has applied to four UK universities for a funded four-year doctoral programme in Complexity Science, with an MSc in the first year (it will be his second masters). He is hoping to be accepted at Warwick, where his friend Adam is going (Adam has been with him in Korea). In June he joined me in Hong Kong for a few days and it was good to see him then. Unfortunately I had an ankle injury and was on crutches during the trip so we could not walk any distances!

Tami (20) is still in Birmingham and now works as a salesperson for a cosmetics company. I see her about once a week and she seems to be doing well and happy in the work she is doing. She has moved again, now in a bed-sit on the northern side of the city in Erdington.

We wish you a blessed, peaceful Christmas and a happy new year. 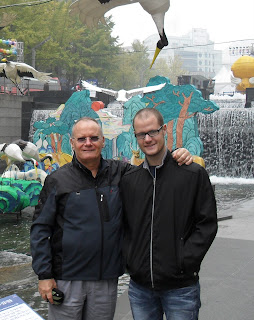 This is to wish you all a very happy Christmas and my best wishes for 2011. The picture is Matt and me in Seoul, South Korea about six weeks ago. Matt is teaching English in Daegu, where he has been since February. He works for the Korean government education department and is likely to remain in Korea for two years. Tami is here in Birmingham and working as a sales representative on door to door sales. I see her about once a week, usually to have a meal with her. It has been a very difficult year. Olwen and I have been separated since February. She is doing well and has found a new interest in painting, which she does very well at a local club, and she has sold some of her art work.

I am still in my job as Head of School at the University and will do this for at least another 18 months. During the past year I have been to the Netherlands (Amsterdam), Minnesota (Minneapolis), Connecticut (New Haven), France (Strasbourg), Hungary (a rural village for a wedding), Korea (Seoul and Daegu) and Switzerland (Bossey, near Geneva), mostly for conferences and lectures. I was able to visit Professor Walter and Erika Hollenweger at their home in the beautiful village of Krattigen earlier this month. Next year we launch the first of annual Walter J. Hollenweger Lectures at the University of Birmingham.

I am due to take some study leave in April and hope to finish a book by the end of the summer. We are currently experiencing the coldest December since we came to England in 1995. Snow has been on the ground for over three weeks now and we have only the second white Christmas in fifteen years. I love it!

With best wishes for the season
Allan
Posted by Allan at 7:28 AM No comments: